The Best Time to Take CBD Oil for Sleep 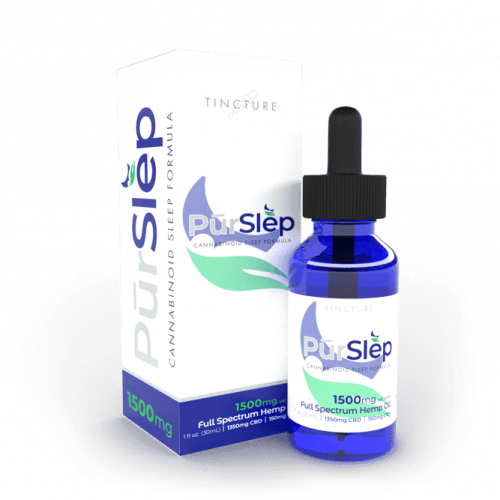 When to Take CBD Oil for Sleep

The timing of taking CBD oil for sleep depends on the form factor and when you want to sleep. If it is a tincture that is administered sublingually, which means putting it under your tongue and holding it for 60 seconds before swallowing, you can take it approximately 30 minutes before you want to go to sleep because it is fast-acting since it bypasses digestion. If it is a gummy, then you want to take it at least 1 hour before you go to sleep to give it time to go through digestion and get into the bloodstream. We suggest that you try different form factors until you find the one that works best for you.

Why Sleep is Important

Getting a good sleep on a consistent basis is critical to our health and well-being and is essential to every process in the body. Sleep helps boost our body’s immune response, regulates our metabolism and weight, balances one’s mood and metal stability, has been shown to prevent cardiovascular diseases, improve cognition, memory, and attention along with helping many other vital bodily functions.

Forty to sixty million Americans suffer from some sort of chronic sleep disorder every year. Conditions include:

Lack of sleep can literally kill you! A decrease in attention span and reaction time due to sleep deprivation has caused motor vehicle accidents to skyrocket. According to one study, drivers who get six hours of sleep or less are 33% more likely to have an accident on the road, compared to those who get seven or eight hours of sleep. (https://pubmed.ncbi.nlm.nih.gov/29554902/) Driving while sleep-deprived has the same or worse impact as driving with a blood alcohol concentration (BAC) of 0.05% (https://www.ncbi.nlm.nih.gov/pmc/articles/PMC1739867/).

A lack of sleep can also have an adverse effect on your health. Symptoms and conditions include:

It goes without saying that getting a good night’s sleep is as important to a person’s health and well-being as getting regular exercise and following a healthy diet.

Given the problems with conventional soporifics, medical scientists have been exploring other ways to improve sleep by targeting the endocannabinoid system (ECS). As the primary homeostatic regulator of human physiology, the ECS plays a leading role in the sleep-wake cycle and other circadian processes.

How CBD Helps with Sleep

Since antiquity cannabinoids have been used as a treatment for insomnia, and the first reports in

Western medical literature regarding the therapeutic utility and physiological effects of hemp preparations notes their hypnogenic properties. Additionally, this effect appears to be conserved across mammalian species. Given the long-standing recognition of cannabinoids as sleep promoting substances, it is surprising that relatively few studies have examined the role of the endogenous cannabinoid system (ECS) in regulating sleep cycles/states. CBD can help people fall asleep as well as stay awake.

One insomnia study indicated that the administration of 50 (up to 160) mgs of CBD decreased nighttime sleep interruptions and increased total sleep time, suggesting that high-dose CBD therapy can improve the quality and duration of sleep. In addition to showing promise as a safe and effective alternative to conventional psychiatric treatments for insomnia, cannabidiol can reduce symptoms of REM behavior disorder (RBD), which is characterized by the acting out of vivid, intense, and sometimes violent dreams. A preliminary study examined the efficacy of CBD in patients with both Parkinson’s disease and RBD and the results were encouraging.

Additionally, cannabinol (CBN), most commonly associated with aged cannabis, is said to potentiate the sedative properties of THC when these two cannabinoids are used together, although this notion may be more modern-day marijuana folklore than scientific fact.

How we fall asleep, stay asleep, wake up, and remain awake is part of an internal biological process regulated by our circadian rhythms and our endocannabinoid system. Circadian rhythms govern a diverse array of actions in the body, including hormone production, heart rate, metabolism, and when to go to sleep and wake up.

Evidence of a strong relationship between the ECS and circadian rhythm is observed in the sleep-wake cycle fluctuations of anandamide and 2-AG (the brain’s own marijuana-like molecules), along with the metabolic enzymes that create and break down these endogenous cannabinoid compounds.

Anandamide is present in the brain at higher levels at night and it works with the endogenous neurotransmitters oleamide and adenosine to generate sleep. Conversely, 2AG is higher during the day, suggesting that it is involved in promoting wakefulness. The highly complex sleep-wake cycle is driven by a variety of neurochemicals and molecular pathways.

Both anandamide and 2AG activate CB1 cannabinoid receptors that are concentrated in the central nervous system, including parts of the brain associated with regulating sleep.

This is not the case, however, with respect to the CB2, the cannabinoid receptor located primarily in immune cells, the peripheral nervous system, and metabolic tissue. Whereas CB1 receptor expression reflects cyclical circadian rhythms, no such fluctuations have been described for the CB2 receptor.

The challenge of studying and treating sleep disturbances is complicated by the fact that sleep disorders are symptomatic of many chronic illnesses. In many cases, poor sleep results in chronic illness, and chronic illness always involves an underlying imbalance or dysregulation of the endocannabinoid system. Although we still have much to learn about the relationship between the ECS and circadian rhythms it’s clear that adequate quality sleep is a critical component of restoring and maintaining one’s health.

Cannabinoids have been used for centuries to promote sleepiness and to help people stay asleep. In the acclaimed medical reference Materia Medica, published in the 18th century, cannabis was listed as a ‘narcotica’ and ‘anodyna’ (pain reliever). Its reintroduction to Western medicine by Sir William B. O’Shaughnessy in 1843 led to studies that underscored the remedial properties of “Indian hemp” for sleep disorders. “Of all an aesthetics ever proposed, Indian hemp is the one which produced a narcotism most closely resembling the natural sleep without causing any extraordinary excitement of the vessels, or any particular suspension of secretions, or without fear of a dangerous reaction, and consecutive paralysis,” German researcher Bernard Fronmueller observed in 1860.

Nine years later Fronmueller reported that in 1000 patients with sleep disturbance, Indian hemp-produced cures in 53 percent, partial cure in 21.5 percent, and little or no effects in 25.5 percent Sleep-related problems continue to drive a large percentage of people to seek relief with cannabis. Poor sleep and lack of sleep cause physiological changes in the body after just one night, resulting in slower reaction times, decreased cognitive performance, less energy, aggravated pain, and inflammation, and in many cases overeating or cravings for high-fat, high carbohydrate “comfort” foods.

Another study revealed that 40 percent of insomniacs also suffer from anxiety and depression or another psychiatric disorder. (Roth, 2007) Would it surprise you to learn that people with mood disorders who use cannabis have the highest rates of sleep benefits at 93 percent? (Babson & Bonn-Miller, 2014).